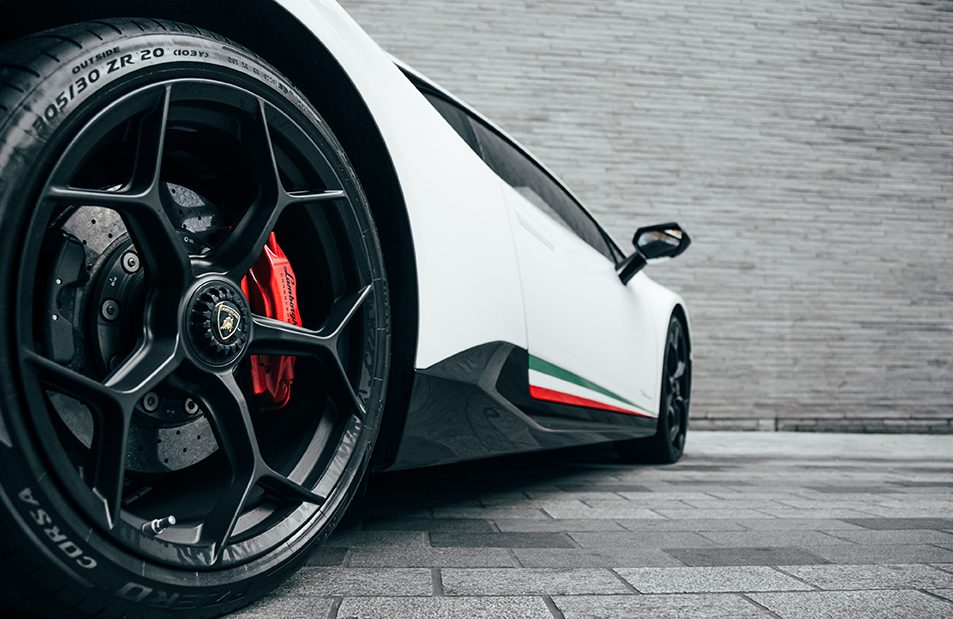 Often referred to as the supercar capital of the world, London is renowned for its streets being brought to life by the roar of V10s. If you are visiting the English capital and are looking to hire a supercar to join the elite of the city, then look no further than the Huracan Performante. If you are going to hire a Lamborghini in London, then our expert knowledge and world-leading supercars are the one for you.

Founded in 1963 by Ferruccio Lamborghini as a way of taking on established motorsport marques such as Ferrari, the company quickly began to make waves across the industry. The  landmark Miura was a stalwart poster supercar that established the Italian manufacturer as a performance led, luxury brand.

Despite going through rocky times in the 70s and 80s, Lamborghini was eventually bought by Volkswagen, and placed under the Audi subsidiary in 1998.

With over a decade in supercar manufacturing, there have been a number of iconic Lamborghini’s, including the Espada, Countach and Murciélago. A modern classic to join the ranks is the Huracan. As the most recent supercar to come out of the Lamborghini factory, the Huracan is amongst the most popular supercars in the world. It is truly an icon in modern manufacturing and will go down in history as (perhaps) the crown amongst the jewels.

Here at AZ Luxe, we too love the Huracan. But we also know that when looking to hire a supercar to drive around the streets of London, you want to be able to be seen in something that’s unique and one of a kind, but still recognisable as an icon.

We are proud owners of two Lamborghini’s, the Huracan Spyder and the Huracan Performante. Each has its own unique draws, meaning it’s almost impossible to pick between the two.

Our Performante is the only one of its kind in the United Kingdom, so you know that you will not be able to find anything else like it in the country. Ice white, with attention to detail, this supercar is a fresh concept in a sea of unrivalled competition.

It’s specially designed ALA aero concept means that you are able to extract as much speed and performance as possible, whether that be from a meet-and-greet airport transfer, or around the streets of London as you navigate the most popular venues in the city, as organised by our concierge.

This one’s for supercar season in London. Drive around the world-famous city and let passers by see you in this magnificent beauty of a car. Let the sun beam down on you as you travel from venue to venue and attend some of the most sought-after events that the city has to offer.

The supreme V10 in the back of this car can accelerate from 0-62mph in just 3.2 seconds, with a sporting elegance that is hard to come by elsewhere in the city. AZ Luxe out-right own all our vehicles, meaning they are regularly serviced and maintained by our incredible team so that you can have the experience of a lifetime.

Keep an eye out on our social media channels in the coming months as we eagerly await the arrival of our new Lamborghini Huracan Evo, with the specification being the only one of its kind in the UK.

Why Should You Hire A Lamborghini? 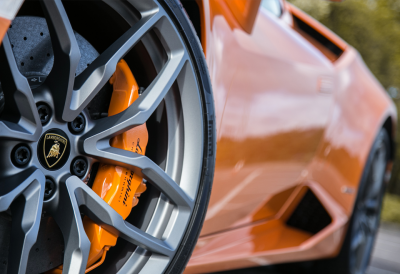 London Revealed as the Supercar Capital 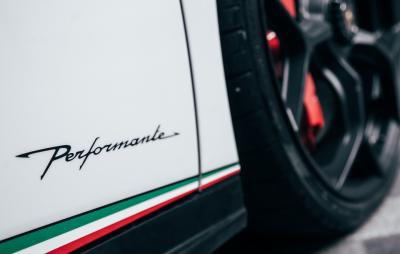